I didn't play with toys like other kids. Take, for instance, my Transformers: A satisfying play experience, for me, was pulling the robot out of its original box, transforming it, transforming it back, then putting it all back into its box, neatly, and putting it away.

Why am I like this? I have no idea. I'm sure it's a mixture of respect for the toys, desire to keep things in as "mint" condition as I could, for later resale value, and the fact that I'm farther along the spectrum than the tests have so far revealed. (But don't worry for me, Argentina, I've gotten better! I actually play with my toys now. [I am about to turn 37. So this is not really that much better, I guess?]) 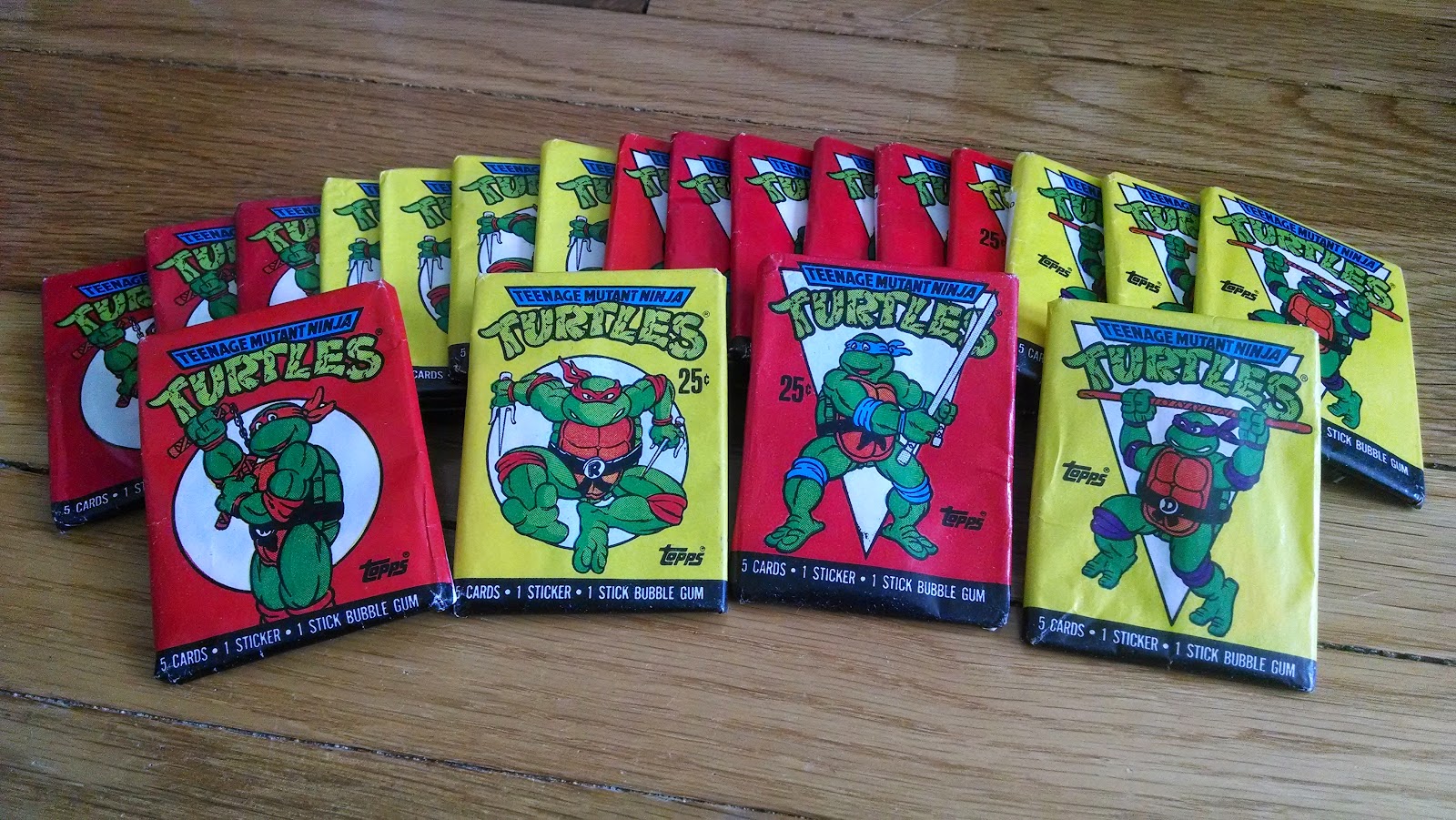 ALL THAT just to say: I found my stash of Topps Teenage Mutant Ninja Turtle Trading Cards the other day, at my parent's house. (All my old stuff is there. I swear, mom and dad, I plan on clearing it out of there soon. That means more blog posts. So it works out for everyone.) It's an assortment of Series 1 and Series 2 packs from 1989 and 1990, respectively.

After telling you about my Transformers "playtime", you will not be shocked to hear that the way I would enjoy trading cards would be to open the pack as carefully as I could, to not tear any of the packaging, remove the cards, look at the cards, then put them back into the packaging and store them away.

Every time I'd buy more cards, I would open up the new packs and savor the new cards, then re-open all the old packs. I'd combine the cards from all of the packs, then sort them in number order. At this point, I would probably have created a list of cards that I was missing, just to pass the time. Then, one of two things would happen. I would either separate the cards into batches of five and re-insert them, in order back into the wax packs.

Here is a photo of how the cards came out of one of the packs, as arranged by a 25-year-younger me:


I have not doctored this image or re-arranged the cards!

The other way I would put the cards away is even more bonkers. I would actually randomize the cards and put them back into the wrappers, so that the next time I opened them, it would be like opening a new pack of random cards!

I know this is a lot of psychosis to wrap your mind around, all at once, so let's take a picture-break here, while you let my crazy childhood sink in. 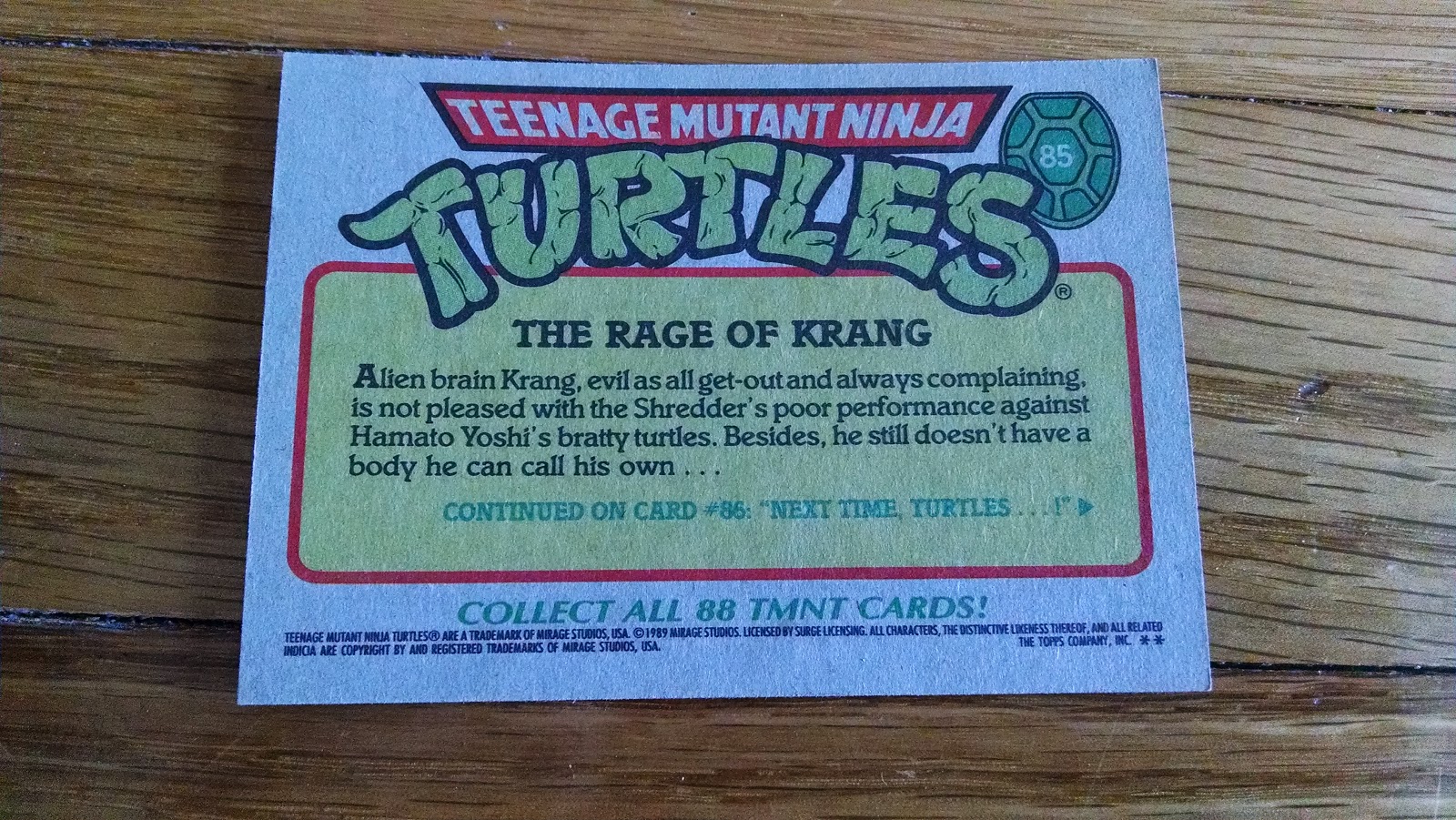 Oddly, my preservation techniques only extended so far. For instance, I found these card packs in a silvery Spider-Man bag from a local comic book shop (Jim Hanley's Universe) that I'd tied closed at the top with a knot and shoved into a dusty cubby hole. The bag was tattered and covered in dust or, possibly, fiberglass shards, too, as squirrels had gotten into that cubby hole, shredding their way through the insulation. Honestly, I'm surprised I even touched that gross-looking old bag to find what was inside it. All that to say: For a kid so obsessed with preservation, I certainly let myself down at that last mile.... OR, maybe wasn't as crazy as I thought I was?!

Oh, did I tell you that I also saved the gum? 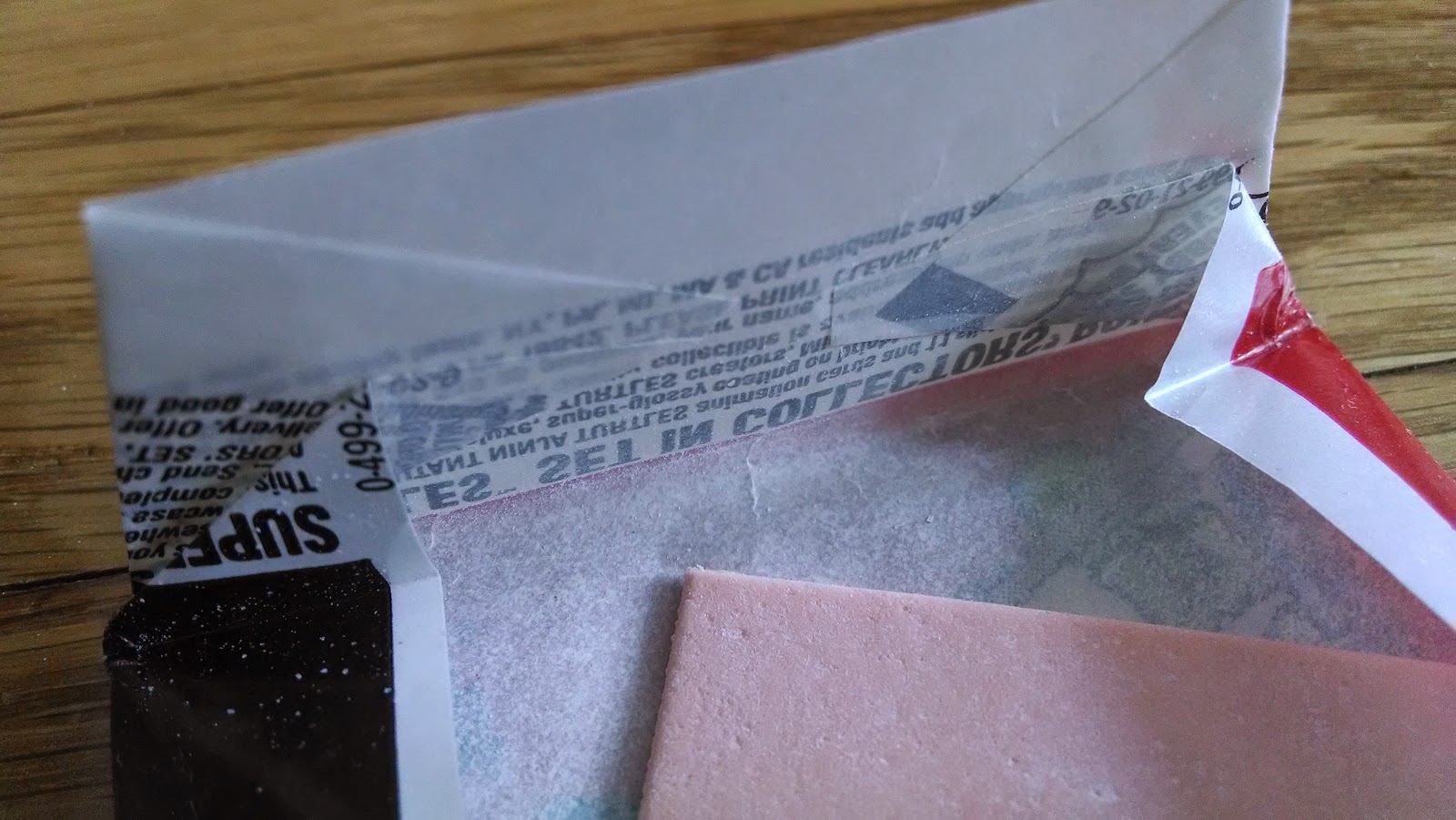 Yeah. In my kid-head, those of us who saved the gum would have a more complete collection of cards and, thus, command a higher price on the reselling market! This is, sadly, how my kid-brain worked.

See, when I started really collecting, it was in the 90s, right after all those amazing stories (and the amazing Amazing Stories episode with Luke Skywalker in it!) about people selling their old comics and junk for thousands of dollars and getting rich. I thought I was investing. Long story short, everything sold in the 90s is worthless garbage.

And the TMNT cards are not an exception. A quick scan online sees most people practically giving the cards away. So that's what I did, I gave them away to two Twitter buddies who are TMNT collectors. (@CrookedNinja and @TheSewerDen, if you want to follow them!) I felt they could give these things a better home than I could (or wanted to). The joke will be on me when, after the movie hits, these cards start demanding big bucks and they both make a fortune selling them on eBay and take Hawaiian vacations. Dammit. Just bring me back something nice, guys.